My 3D Blades of Avernum Editor for Mac

I have modified Spiderweb Software's Blades of Avernum Editor (under the terms of its license).

I have added a powerful feature to the standard scenario editor: Editing in 3D, the way Blades of Avernum displays it. There are also a number of other improvements; see the readme file in the download.

This code is from 2005 and I have no idea if it still works; from the look of this Spiderweb Software forum, other people have since made their own more updated versions that you should probably use instead. Use at your own risk. 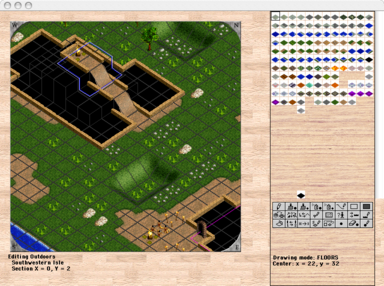 A Small Rebellion: we wander around editing the hilly expanses. Grid and special event locations are visible. 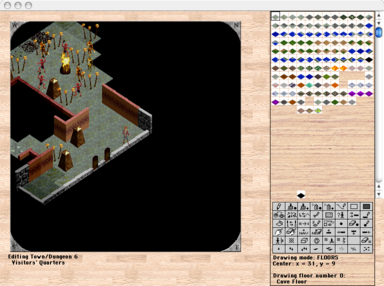 Valley of Dying Things: we edit a goblin-infested cave, in a viewing mode that incorporates the game's lighting and line-of-sight.